Judge Jamil Rosa de Jesus of the 14th Federal Court in Brasília has accepted a suit filed by Embratel to disprove Brasil Telecom?s fulfillment of its universal-access targets as an incumbent local exchange carrier. Within the next month a court-appointed expert will begin visiting 15 localities named by Embratel in the states of Acre, Goiás, Mato Grosso, Mato Grosso do Sul and Tocantins to verify BrT?s performance there. Embratel, the incumbent long-distance carrier, accuses BrT of failing to offer access in the shape of individual lines for all homes in towns with a population of more than 1,000, as it should have done by December 2001. Because Anatel hasn?t yet certified BrT, in legal jargon Embratel asked the court to allow ?advance production of evidence?.
The court decision, dated August 18, states that advance production of evidence is justified in this case because of the ?real possibility of population changes? in the localities listed by Embratel. The court-appointed inspector will be accompanied by experts named by the other parties including Anatel. The audits are expected to take two to three months.
Embratel says the 15 listed towns are just a sample of what it claims are dozens of localities where BrT has failed to meet universal-access targets. It plans to file similar suits demanding verification of BrT?s performance in several other towns. 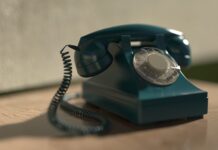