The financial market responded positively to Embratel?s plan to acquire Vesper from Qualcomm, announced Tuesday, August 12, and discussed by executives of the incumbent long-distance carrier in a conference call with analysts. Embratel stock rose well above average on the São Paulo Stock Exchange (Bovespa) after it said it had signed a memorandum of intentions to buy the CLEC without assuming Vesper?s debts to banks. It will pay what Vesper owes suppliers, however (4 million-5m US Dollars).

Capital expenditure for network upgrades won?t be too heavy, according to Embratel. It plans to invest only some 10m USD to expand its broadband service offering on the CDMA 1xEVDO platform in Rio de Janeiro. It will make use of the upgrade already completed in São Paulo, with no further investment.

Silvia Pereira, Embratel?s director of institutional relations, says the rest of the network is mainly second-generation CDMA and capable of more than doubling the number of subscribers, currently around 500,000, without additional capex.

According to Jorge Rodríguez, CEO of Embratel, another key goal is to expand local voice and data access, especially for the corporate market. Telephone service via fiber optics delivered to 2,800 corporate customers accounts for around 34% of the telco?s revenue, which totaled 388 million Brazilian Reals in 2002.

Embratel undertakes to acquire 100% of Vesper in the plan announced this week.

Embratel is betting on synergies with Vesper in marketing and sales as well as data and long distance to drive local service. If the deal goes through, Silvia Pereira noted, the CLEC?s network will benefit from the sheer scale of Embratel, especially in interconnections for long distance. The goal announced by Embratel is to turn Vesper?s EBITDA around from a negative number to at least breakeven early next year, taking it into positive territory shortly thereafter.

Qualcomm and Vesper have agreed to sell or lease transmission sites to raise funds with which to pay off the CLEC?s debts to banks.

The agreement also gives Embratel the option to buy Vesper?s 1800 MHz wireless licenses, which are economically compatible with GSM, but Embratel says it isn?t interested in exercising the option for the time being. Vesper has wireless licenses for Alagoas, Ceará, Minas Gerais, Paraíba, Pernambuco, Piauí, Rio Grande do Norte and the interior of São Paulo State. 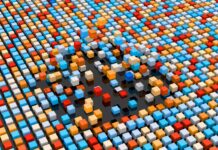